Ozruk is the third boss of the Stonecore in World of Warcraft: Cataclysm.

-- These spells need editing. Particularly Ground Slam and Shatter may be incorrect.

This is a tank-centric fight. Common 'tank run away down the tunnel' method.

It's also important to know how the abilities function.

While ELEMENTIUM BULWARK is up, the boss reflects caster magic spells cast (hunter dots not included). Therefore, if you cast a magic dot, you will receive the dot yourself, and that dot will break you out of his paralyze. Preferably that DOT will be long duration and low damage.

Hunters are recommended to accept being paralyzed during shatter (and possibly use a BM spec, as the pet is not stunned). It is possible to run up to the boss and melee him right before paralyze to receive the melee dot, but it's not advised, as missing the window would mean being paralyzed within shatter range. 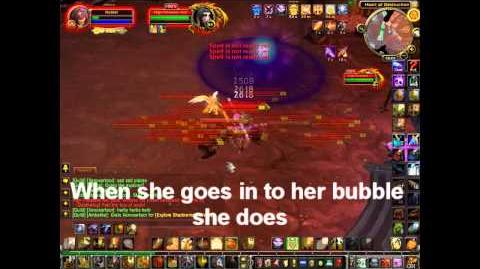 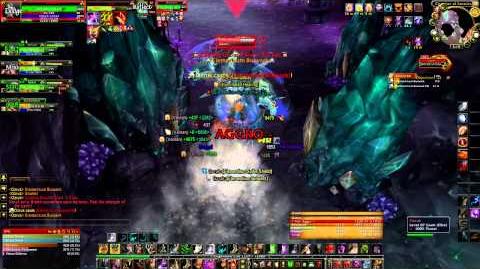 See this subject on the Hearthstone wiki: Ozruk

Retrieved from "https://wowwiki.fandom.com/wiki/Ozruk?oldid=2829179"
Community content is available under CC-BY-SA unless otherwise noted.