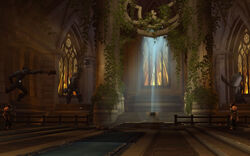 Order Halls (or Class Halls) are a feature introduced in

World of Warcraft: Legion. They are Class Order-based areas where players can hang out, similar to the Peak of Serenity for monks or Acherus: The Ebon Hold for death knights. As players of both factions will be present, they will also be considered a sanctuary. They will also include the opportunity to recruit class-specific followers and potentially class-specific missions.

Legion, each player will take charge of an Order Hall — a site of great power linked closely to a character’s class and cause. The Order Hall will serve as each hero’s base of operations — and a bastion of hope — during their journey to the Broken Isles. From there, players will send NPC followers on missions to help defend Azeroth from the demonic incursion... and forge and empower their artifact weapon into a Legion-felling force to be reckoned with.

Speculation is in italics. 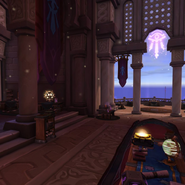 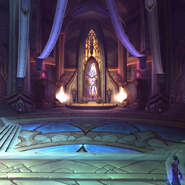 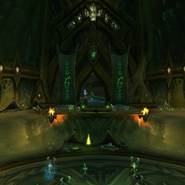 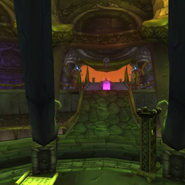 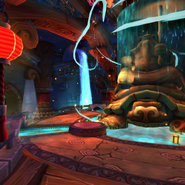 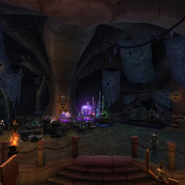 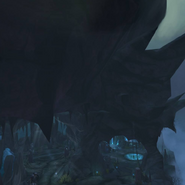 Hunter Order Hall
Add a image to this gallery 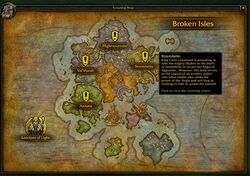 Retrieved from "https://wowwiki.fandom.com/wiki/Order_Hall?oldid=2852624"
Community content is available under CC-BY-SA unless otherwise noted.