Old Stratholme is the setting of the instance Culling of Stratholme.

The instance is set four years before the beginning of World of Warcraft around the time of the Warcraft III campaign mission The Culling, during which Prince Arthas leads the purge of Stratholme.

The region outside Stratholme and areas of King's Square and the Festival Lane in Stratholme itself are fully explorable, provided that you have not spoken to Arthas after using the [Arcane Disruptor] to locate the plagued grain. 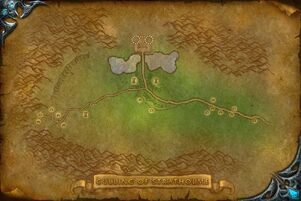 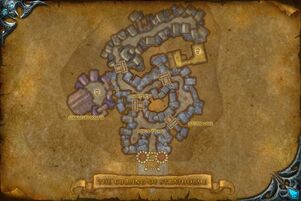 There are two quest NPCs:

Notable NPCs of the PastEdit

There are many NPCs with some connection to important events in WoW and the Warcraft universe as a whole seen here in the past. They are mostly affiliated with either the Scourge, the Alliance or the Argent Dawn. In addition, several of the NPCs are directly related to the Stratholme instance.

Retrieved from "https://wowwiki.fandom.com/wiki/Old_Stratholme?oldid=2330458"
Community content is available under CC-BY-SA unless otherwise noted.