Wrath of the Lich King. For the original 40-man raid introduced in Patch 1.11, see Naxxramas (original).

Naxxramas is an introductory level-80 raid dungeon floating above Dragonblight in Northrend. It is a Scourge necropolis, the seat of the Arch Lich Kel'Thuzad. The 40-man classic version of Naxxramas is no longer available, having been permanently closed with the release of the Wrath of the Lich King expansion.

The original incarnation of the dungeon was regarded as the most difficult pre-Burning Crusade raid, requiring 40 well-equipped, skilled players to complete. In the World of Warcraft: Wrath of the Lich King expansion, Naxxramas was moved to Northrend and retuned as an entry-level raid dungeon for level 80 players. Like all other Wrath raid dungeons, Naxxramas has both 10-man and 25-man versions.

Years ago, the crypt lord Anub'arak led an army of undead warriors into the ancient nerubian ziggurat now known as Naxxramas. The Scourge forces overran the citadel, and under the will of the Lich King its corridors were transformed into a potent war machine. Dark magic tore the fortress from its subterranean home and lifted it into the sky. Hidden behind a thick layer of clouds, Naxxramas grew in strength. At the Lich King's bidding, the burgeoning wrath within the necropolis was unleashed upon the world. Brave heroes breached the citadel and eventually overcame Naxxramas' vile commander, the lich Kel'Thuzad, but the victory was short-lived.

Above the war-ravaged wastes of the Dragonblight, Naxxramas has returned with renewed fury. Kel'Thuzad, once again seated in the frigid heart of the necropolis, has laid siege to the Alliance fortress of Wintergarde Keep. As factions from around the world converge at the gate to Icecrown, the war against the Scourge enters its most pivotal hour. It is within Naxxramas that the tide of battle could turn against the Lich King... or irrevocably in his favor.

An ancient Nerubian Necropolis, Naxxramas was torn free from the ground by agents of the Lich King to serve as Kel'Thuzad's base of operations as he spreads the plague throughout Lordaeron.[1] (RtD 3) Other sources say Obrahiim, the Traveler, a great skeletal architect, was pivotal in the conception of Naxxramas, hinting that it was altered or retooled. See the Compendium of Fallen Heroes for more details.

Due to his fighting a war against the Scarlet Crusade, the Argent Dawn, the Forsaken and the Humans of the Alliance, as well as constant incursions of adventurers from every race and nation into the Scourge-controlled Plaguelands on a daily basis, the forces of Kel'Thuzad have been severely taxed to maintain the security of the necropolis. But now the gates of Naxxramas are open, and Kel'Thuzad's new forces are rapidly sweeping away all opposition to the Scourge.

Blizzard has posted a short back story for Naxxramas on the official site: Road to Damnation

After the defeat of Kel'Thuzad in the Eastern Plaguelands, Naxxramas has returned to Northrend and now hovers above the Carrion Fields in eastern Dragonblight, where it lays siege to the Alliance stronghold of Wintergarde Keep.

Naxxramas loot includes the Tier 7 raid sets, which are based on the Tier 3 raid sets that dropped in the original Naxxramas. There are two versions: The Tier 7 "Heroes'" sets from the normal mode 10-man, and the Tier 7.5 "Valorous" sets from the heroic mode 25-man. While these sets are inspired by the original Tier 3 sets, they have received significant model updates.[3]

Naxxramas
Add a image to this gallery 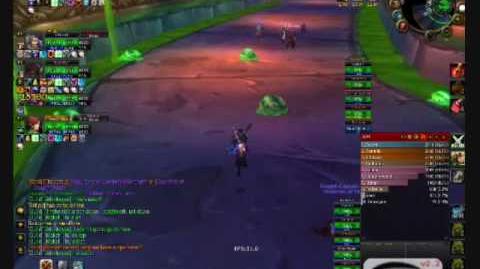 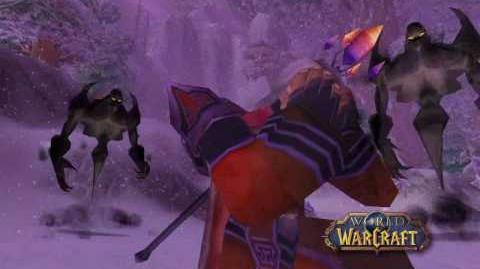 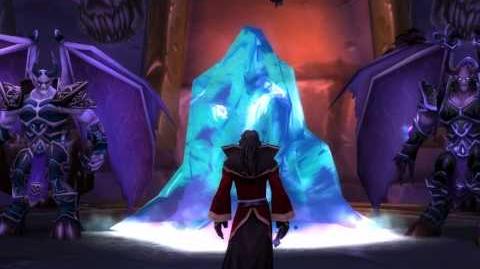 World of Warcraft - Shadow of the Necropolis Patch 1.11 - Fan Revision
Add a image to this gallery

License To Kill Naxxramas All Boss Fight and Strategy Videos

Retrieved from "https://wowwiki.fandom.com/wiki/Naxxramas?oldid=2843507"
Community content is available under CC-BY-SA unless otherwise noted.