Moonglade (aka The Moonglade)[1] is a haven for druids, and home of the Cenarion Circle. Here, tauren and night elves coexist peacefully, united by their reverence for the spirit of nature. Conflict between the races in Moonglade is not tolerated by its protectors.

Druids come here as part of their training to commune with the Great Bear Spirit (at level 10 or higher). Only after they gain her blessing can they learn to use their Bear Form. Oddly enough, for a land made especially for Druids, there is only one druid trainer here.

The demigod Omen sleeps at the depths of Lake Elune'ara, awakening every year around the time of the Lunar Festival.

Most of the night elves' population once remained in the Moonglade, surrounded by the old forest trees and the ancients, preferring solitude over communion with other races. The Moonglade ranges east of Felwood, just north of Winterspring Grove along the lower slope of Mount Hyjal. The Moonglade is a magical, sylvan forest draped in perpetual night. The moon stays high within the ebon sky, illuminating the woodland below with a silvery glow. The land never suffers the extremes of weather, thriving in a warm, endless summer eve. Considered holy to the night elves, the Moonglade is home to the night elf race and its powerful druids of the wild. Indeed, the druids had long rested in meditation under the glade, until the return of the Burning Legion awakened them. They remain awake, vowing to protect nature and heal the fractured continent from its war wounds. The sacred forest of the night elves is home to many beasts both dangerous and friendly. The Kaldorei themselves live in cautious harmony with the wildlife, such as the black tigers and the bears that prowl and hunt in the woods. The elves often capture and tame the proud saber cats to use as mounts, but encountering one in the wild is dangerous. Less harmony is enjoyed with the forest's more dangerous denizens. Satyrs - cursed, deranged night elves - also lurk here and plague the night elves' solitude frequently. Some furbolgs--driven feral by drinking the foul waters of Felwood--will attack travelers as well. Fierce dire wolves and hippogryphs have also been reported in the area. In addition to these animals are the ancients: sentient trees that act as protectors of the forest. Treants--the smaller tree-men cousins to the ancients--roam the Moonglade. These beings act as fierce protectors of the forest. They do not hesistate to unleash their might upon any who would damage trees or otherwise harm nature. Many ancients live in the forest near Nighthaven. These sentient trees once had the vital task of channeling forces of the land to sustain the night elves' immortality. They now aid in the elves' warrior training and help protect their village. The Keepers of the Grove are powerful druids said to be the direct offspring of the demigod Cenarius; they roam the Moonglade as ever-vigilant protectors. The night elves send these patrols out, though they focus primarily on defending Nighthaven and the Barrow Dens. The vast forests and vales of the Moonglade are sparsely populated. The sole settlement of any size is the night elves' capital, Nighthaven.[2]

The Moonglade was the druids' home for thousands of years. When the Burning Legion ran rampant over the land in ancient times, the Moonglade remained untouched. The night elf druids went into deep meditation in the secure caves of the Barrow Dens, sending their minds into the plane of the Emerald Dream. The remaining night elves built the town of Nighthaven. During the Third War, the Moonglade again remained the safe haven of the elves. Although battles were fought there, the land was not befouled. Before Teldrassil was created, the Moonglade housed the majority of the Night Elven population.

The Gold Road once reached all the way to Moonglade and Nighthaven, but with the corruption of Felwood it became very isolated as strangers are no longer welcome by the Timbermaw furbolgs. Recently, the peace in Moonglade itself has become threatened as bizarre creatures from the Emerald Nightmare have found a way into a wing of the Stormrage Barrow Dens.

Moonglade is a lush forest untouched by corruption, ancient and strong. It is surrounded by tall mountains, sheltering it from the outside world. The area is a haven for druids of both factions, a neutral zone where druids in training can learn from the masters and the animals of the forest.

There are no dungeons of any sort and no battlegrounds in Moonglade.

Though the area is extremely fertile and full of life, there are oddly no useful herbs here, nor any ore to speak of. As the creatures inhabiting the zone are all critters (with the exception of the wolves assisting Omen, see Wild creatures below) there is not much for skinners to gather either.

Flight prices have the usual discounts according to the player's reputation with the Flight Master city (Darnassus).

Moonglade is home to several characters of note. At Nighthaven, Dendrite Starblaze aids young druids in obtaining the power to attain the bear form, the aquatic form, and to cure poisons. Rabine Saturna enlists experienced heroes in the battle against the silithids, and at the Shrine of Remulos, Keeper Remulos attempts to cleanse the taint that has affected the four emerald dragons of the Dream. Loganaar is the sole Druid Trainer here. Even Malfurion Stormrage himself has been known to make an appearance in spirit here.

Most quests involving Moonglade are druidic in nature, since it is the place where young druids come to learn new animal forms (Bear Form, Aquatic Form).

It is unknown what changes the Cataclysm has wrought upon Moonglade, but judging by the pre-release map, it likely has not been affected much, or at all.

Many critters, such as deer, rabbits and squirrels.

Although Moonglade is a mostly peaceful and safe zone, it is hard to reach for lower and middle level characters. To enter it by foot, you either need to sneak or fight through Timbermaw Hold from Felwood, or have at least unfriendly reputation with them.

Druids can learn to teleport themselves to Moonglade at level 14, which makes it very easy for night elf Druids to access Darnassus and Darkshore when they need to. Tauren druids can teleport there as well, but they are considerably farther away from friendly territory than their elven compatriots; even flying straight back to Thunder Bluff takes ten minutes.

During the Lunar Festival, anyone can teleport to Moonglade after completing a quest, and can get the flight path for later.

You can also use a trick to travel there from Darkshore. If you keep swimming far north from the northern end of its coast, the atmosphere will change to green hills and your zone will be 'Moonglade'. You can enter the land, but not climb the mountains. Enter the water again, but take care that you do not reach 'The Veiled Sea', you must pass through 'The Veiled Sea' however on your way north. Drown yourself, and you will be in Moonglade.

There are also flight points for those who have managed to get to Moonglade previously, granting easy access in the future.

There are also neutral flight masters inside Nighthaven who can transport night elf druids to Rut'theran Village and tauren druids to Thunder Bluff for free. Non-druids cannot use the services of these flight masters.

These marshlands have been untouched by the Legion so far. A tribe of furbolgs live here, but they do not welcome interlopers. The tileset is called "Ashenvale".[3] 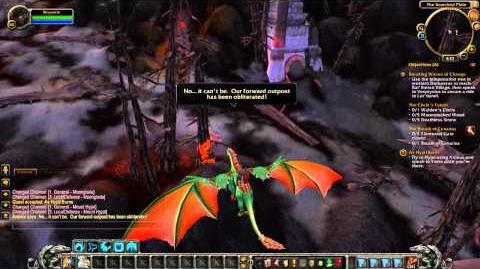 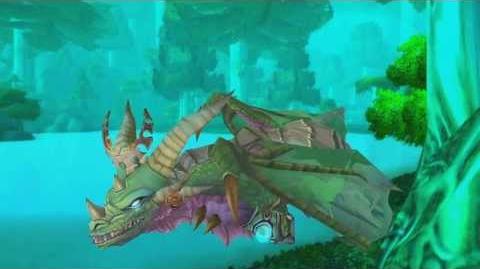 Retrieved from "https://wowwiki.fandom.com/wiki/Moonglade?oldid=2840585"
Community content is available under CC-BY-SA unless otherwise noted.