Icetusk mammoths are large and aggressive, and intelligent creatures often avoid them.[1] (MGWS 13)

Wild mammoths can be found in the Borean Tundra, the Dragonblight, Sholazar Basin and in Zul'Drak.

Wrath of the Lich King mounts

Mammoths were added in WoTLK and are some of the first multi-passenger vehicle mounts.

You can also try out a mammoth mount for free during a D.E.H.T.A quest and deploy its devastating charge, trample, and bellow attacks.[2] 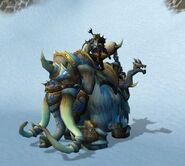 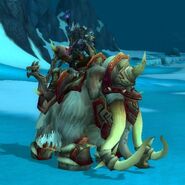 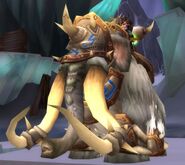 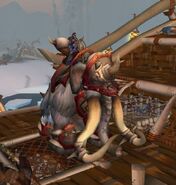 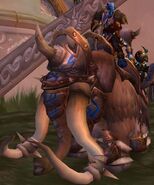 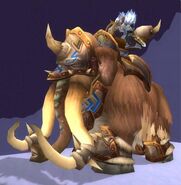 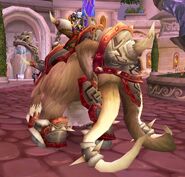 [Wooly Mammoth] (Horde)
Add a image to this gallery
Retrieved from "https://wowwiki.fandom.com/wiki/Mammoth?oldid=2751620"
Community content is available under CC-BY-SA unless otherwise noted.