The Maelstrom is the gigantic rift that was created when the Well of Eternity collapsed into itself during the Great Sundering.

From the Warcraft III: Reign of Chaos manual:

As the aftershocks from the Well of Eternity's implosion rattled the bones of the world, the seas rushed in to fill the gaping wound left in the earth. Nearly eighty percent of Kalimdor's landmass had been blasted apart, leaving only a handful of separate continents surrounding the new, raging sea. At the center of the new sea, where the Well of Eternity once stood, was a tumultuous storm of tidal fury and chaotic energies. This terrible scar, known as the Maelstrom, would never cease its furious spinning. It would remain a constant reminder of the terrible catastrophe... and the Utopian era that had been lost forever.

At the center of the Maelstrom is a location known as the Eye. The empires of the makrura and the naga lie beneath it.

In Warcraft III, when Thrall's fleet crashed, they made an emergency landing on an island near the Maelstrom where they found a group of trolls fighting desperately against human colonists and murloc invaders. The island was destroyed (though not by the Maelstrom), with Thrall barely escaping.

It is implied that the Maelstrom is slowly drawing the Broken Isles towards itself, and will ultimately destroy them for good.

The Maelstrom is a large storm in the center of the world map, where it sits between Kalimdor and the Eastern Kingdoms. Ship and zeppelin routes go out of their way to avoid the Maelstrom, for fairly obvious reasons. You must pass through the Maelstrom to get to Deepholm via a quest given from the Earthen Ring in your faction's home city.

In World of Warcraft: Cataclysm, Deathwing re-enters Azeroth from Deepholm via the Maelstrom. The Maelstrom is a sanctuary, where PvP combat is disabled. The zone can be reached through the breadcrumb quests leading to Deepholm from Stormwind and Orgrimmar. Thrall and Aggra are also present here (now affiliated with the Earthen Ring). Thrall is trying to maintain the rift, while Aggra provides transportation down into Deepholm.

Thrall working his magic outside of the Maelstrom

Flying above the Maelstrom

The Maelstrom continent during 12984 Beta Build 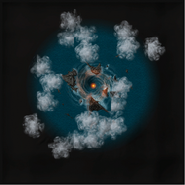 As it appears on the minimap.

The Maelstrom as it appears during the Deepholm intro quest. 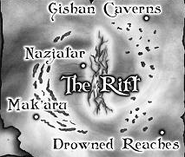 Underneath the Maelstrom.
Add a image to this gallery 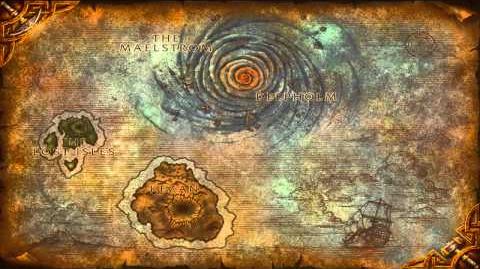 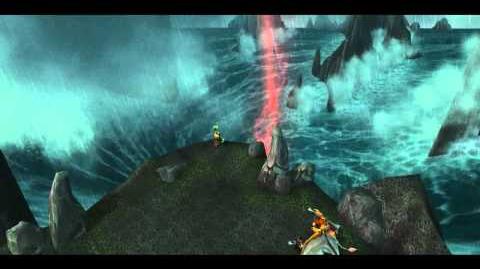 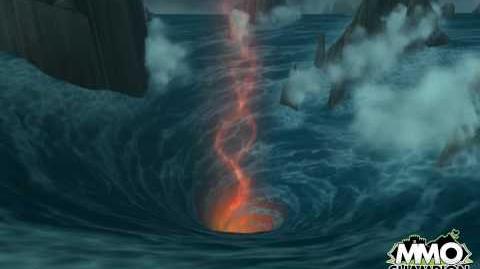 The Maelstrom
Add a image to this gallery

Retrieved from "https://wowwiki.fandom.com/wiki/Maelstrom?oldid=2862663"
Community content is available under CC-BY-SA unless otherwise noted.