The Destruction of Dalaran (Path of the Damned)
The Long March

The Invasion of Kalimdor

Coast of the Barrens

Landfall is chapter 1 of the orc campaign, The Invasion of Kalimdor.

Following the mysterious Prophet's instructions, Thrall led the Horde across the Great Sea. Now after weeks of traversing the raging seas, the orcish Horde has landed upon the savage shores of Kalimdor. With their stolen ships broken and drowned, the orcs cautionsly venture inland, wary of the unseen dangers lurking within the crags of the desolate land... 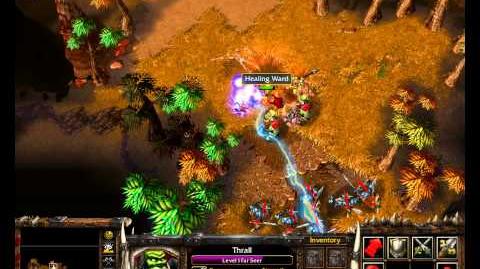 Warcraft 3 Gameplay - Orc Part 1 - Landfall
Add a image to this gallery
Retrieved from "https://wowwiki.fandom.com/wiki/Landfall?oldid=2836089"
Community content is available under CC-BY-SA unless otherwise noted.