The Lament of the Highborne is a small book that contains the Thalassian song of the same name. The lament was composed by Derek Duke and Russell Brower and sung by artist Vangie Gunn. It appears on the Burning Crusade soundtrack. The book serves no gameplay purpose, other than to offer the player a chance to reread the lyrics as many times as they wish. The composers revealed that "the quest design team enhanced a new quest line to incorporate the song as a payoff moment".

The lament can be heard in-game by Lady Sylvanas Windrunner and her Highborne Lamenters (pleasant-voiced banshees) after finding her locket (The Lady's Necklace, a gift from her sister Alleria) at Windrunner Spire in the Ghostlands and returning it to the Dark Lady, and at the end of the Silverpine Forest quest line where she charges through the battle killing the fighting worgen. The Lament of the Highborne song and event were originally absent from the beta phase of The Burning Crusade — however, before release, the event was added to the quest, along with the lyrics to the song. The haunting melody can also be heard as the Burning Crusade credits music, and variations on the lament play in the Eversong Woods and certain areas of the Ghostlands.

Originally thought to be a lament to the Fall of Quel'Thalas, or possibly the Troll Wars, Lament of the Highborne is a tribute to both these events and more. The original song may have actually been in Darnassian, but given the similarities between it and Thalassian, this is probably a moot point. The original version is a Kaldorei song lamenting the losses during the War of the Ancients — a tribute to the members of the Kaldorei Resistance who fought against, and died by the claws of, the Burning Legion. Some 2,800 years ago, the words were altered (though the melody remained the same) to reflect the similar losses and courage found in the Troll Wars. The song (possibly modified slightly) rose to popularity in recent years, after the Fall of Quel'Thalas, again to honor the fallen of Quel'Thalas and those who persevered. Hence, the song is a dirge, not for just the high elves, but for all elves; Kaldorei, quel'dorei, and sin'dorei alike.

This song was performed live for the concert attendees at BlizzCon 2007, and was sung by Vangie Gunn. 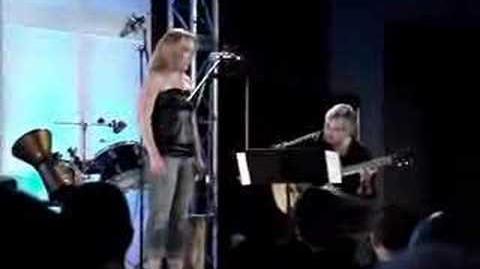 This video, published by Blizzard on September 19 2007, shows the assault of the Scourge on Quel'thalas and the assassination of Sylvanas and her afterdeath rising by Arthas along with Sylvanas singing the song, which is the part players can watch as well for themselves while playing the game. 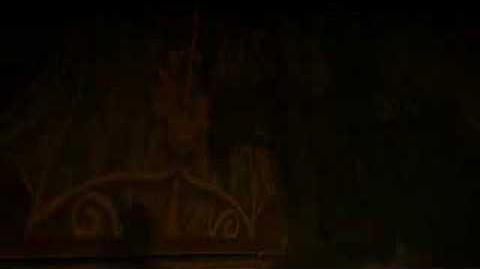 The song was performed live during the "Video Games Live Concert" at WWI 2008.

YouTube "Lament of the Highborne" in-game The Crimson Halls

Retrieved from "https://wowwiki.fandom.com/wiki/Lament_of_the_Highborne?oldid=2838143"
Community content is available under CC-BY-SA unless otherwise noted.