Get ready to experience World of Warcraft on a whole new screen—your television! We’re pleased to introduce our brand-new network—Azeroth TV—which will be coming your way Soon™. You’ll find a truly legendary lineup of entertainment for the whole family. Check out just some of the high-quality programming we have in store below. 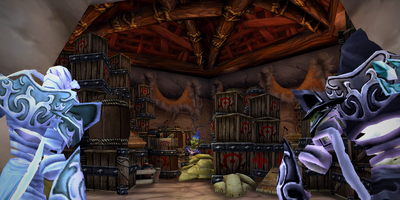 Follow six pro buyers and their teams as they scour Azeroth looking for their next big haul from repossessed Void Storage units. Experience the mine-cart ride of emotions as they could discover anything from Troll Sweat to the Tremendous Tankard O’Terror, paying as little as 10 copper for items valued in the thousands of gold. What riches lie hidden behind the Ethereal Vaultkeeper’s rags? 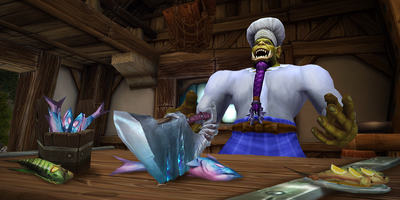 Four up-and-coming Azerothian chefs put their reputations—and their lives—on the line in a test of culinary and gladiatorial combat. Each contestant’s entrées will be judged on presentation, taste, and brutatlity. Who will win the 10,000g prize . . . and who will be Cleaved? 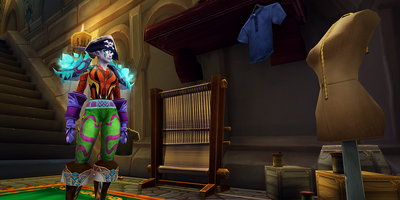 Eighteen up and coming transmogfication experts get their chance to make waves in the Azeroth fashion scene. Socialite Haris Pilton serves double duty as host and judge and joins fellow style mavens Magistrix Vesara and Magister Arlen to determine the most—and least—outstanding outfits throughout the season. 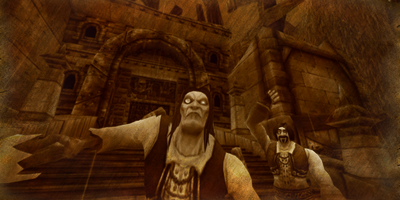 Keeping UP with the Barovs

Meet the family that’s a little bit kooky and a whole lot spooky—the Barovs! Led by noble patriarch Alexei Barov, this blended family brings reality to a whole new level. Join their struggle as they reconcile who they once were with the clan they’ve become—constantly haunted by the spectre of a much fought-over family inheritance. 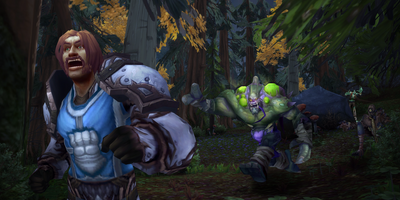 This gritty drama portrays an alternate history in which the Lich King’s undead Scourge were never contained within Northrend. Paladin Brother Sammuel leads survivors from Northshire Abbey in search of a secure home and a fresh start away from the shambling Scourge. Sammuel soon learns that the Light just may not be enough to keep them safe and that the hordes of undead aren’t all they have to fear. Sometimes the gravest danger comes from within. . . . 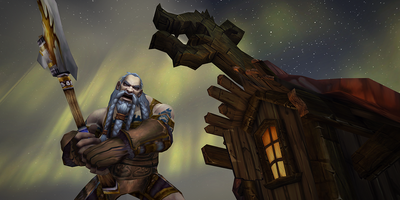 Follow along in the tale of Drottinn Hrothgar and his people in the epic retelling of the Prose Kvaldir! This thrilling new drama will delve into the saga of these vrykul before they were transformed into the sons of the mists and claimed the island now known as Hrothgar’s Landing in Icecrown.