Blizzard has included many in-jokes and pop-culture references in various forms throughout WoW. 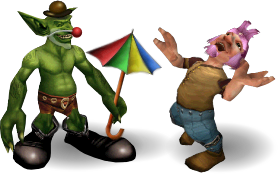 Yogg-Saron and the Old Gods

Retrieved from "https://wowwiki.fandom.com/wiki/In-jokes_and_references/Kalimdor?oldid=2756287"
Community content is available under CC-BY-SA unless otherwise noted.