A hunter pet can have different abilities, depending on its pet family and specialization. Each pet family, or beast type, has at least one single special skill. All families have an inherent specialization (Cunning/Ferocity/Tenacity), each of which gives access to additional skills. Pets can be re-specced, however, into whatever specialization the hunter desires.

The damaging abilities are referred to as focus dumps. They are the basic attack assigned to pet families. 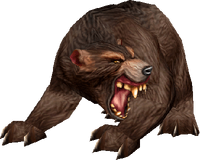 These abilities are assigned to one pet family only, and are the hallmark of that family. They largely consist of abilities that provide buffs to allies or debuffs to enemies.

Note that the special abilities for exotic beasts are listed in the exotic ability section. 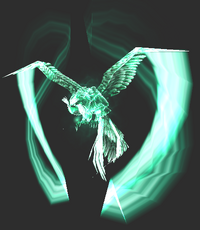 These abilities are used solely by exotic beasts, which can only be tamed by beasmaster hunters with the [Exotic Beasts] ability. Special abilities for exotic beasts are also included here, rather than in the special ability section. 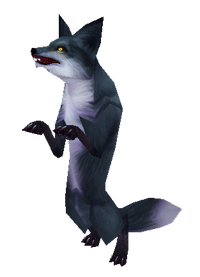 These are largely for vanity reasons and perform no other function, with the exception of prowl.

Retrieved from "https://wowwiki.fandom.com/wiki/Hunter_abilities/Pet_abilities?oldid=2742188"
Community content is available under CC-BY-SA unless otherwise noted.