The Hangar can be found on the eastern side of the Isle of Conquest, situated on a bluff high above the Workshop. The Hangar's capture flag is near the north end of the bluff. To gain access to the airships, the controlling faction has access to several teleporters on the perimeter of the hangar itself as well as one near the capture flag. 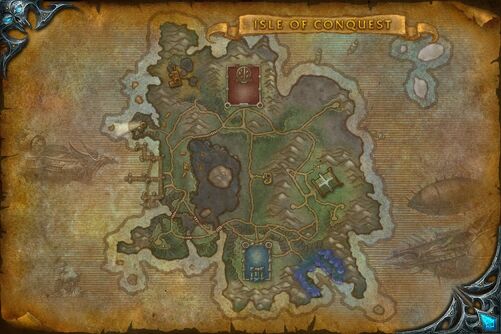 Retrieved from "https://wowwiki.fandom.com/wiki/Hangar?oldid=2088577"
Community content is available under CC-BY-SA unless otherwise noted.