For the staff with the same name, see Halion, Staff of Forgotten Love.

Halion is a twilight dragon. He is the main boss of of the Ruby Sanctum, which was implemented in patch 3.3.5.

In order to shatter the Wyrmrest Accord and to crush those that would stand in the way of their master's reemergence into Azeroth, a powerful war party of the Black dragonflight; led by the fearsome twilight dragon Halion and his lieutenants Saviana Ragefire, Baltharus the Warborn and General Zarithrian; has launched an assault upon the Ruby Sanctum beneath Wyrmrest Temple.

Halion retains all abilities from phase 1 and 2, but only uses them in the appropriate realm.

The fight requires at least two tanks. It is advantageous to have a balanced mix of ranged and melee DPS.

With only one shaman in the raid, this buff should be used in Phase 2. Otherwise, when using it in Phase 3, it's highly probable that the realm where Bloodlust was used deals a lot more damage than the other, forcing that realm to stop DPS until the other catches up, basically wasting the buff.

If two shamans are present it's possible to use the buff in Phase 3. The shamans must go to different realms and coordinate so they both use it at the same time.

A few seconds after the pull, a circle of flames appears around the boss, closing off any players not in the stage. In the physical realms, two special effects must be taken care of.

Mark of Combustion is a debuff which is put on a random player. It gains one stack every few seconds and expires after 10 (?) stacks. When it expires or is dispelled, it places a circular AoE centered on the player the diameter of which depends on the number of stacks (more stacks = larger). This AoE deals damage to players in it, and also knocks away players inside when it forms.

In order to deal with Mark of Combustion, affected players must run towards the outer edge of the battle area and be dispelled there quickly. Failing to react fast means a larger or badly positoined AoE, which usually hampers melee DPS.

The second effect in the physical realm are random fireballs, which fall from the sky and hit for AoE fire damage, leaving a patch of flame where it hit, plus four flames going in different directions. The location where the fireball hits is indicated by a hellfire graphic. Players must move away from the point of impact and the residual flames.

After the dragon has vanished to the twilight realm, it's important that a tank enters the portal first, other classes die too fast when alone. The rest of the raid should follow quickly, the tank should pull the dragon away from the entrance point, else the raid may die from breath. It is usually a good idea to leave a healer and a tank in the physical realm in preparation of phase 3. These two just wait out phase 2.

In the twilight realm, Mark of Combustion is replaced by Mark of Consumption, which behaves quite similar, but pulls players into its AoE instead of knocking them away.

The fireballs are replaced by Shadow Cutter. Two shadow orbs circle clockwise around the outer edge of the area opposite to each other. Every 20 seconds, a beam connects the orbs for 10 seconds. This beam (= Shadow Cutter) deals very high damage to everybody who touches it. All players (including the tank) must move on a circular path to avoid this beam.

One possible positioning is to tank the boss in the center of the area. The tank waits until an orb is near his right side, and then strafes to the left, so that the orb stays right of the tank at all times. If the beam appears, it should be in the area right of the tank, but pretty close to him (so that the beam runs nearly lengthwise through the dragon). This allows players to stand on both sides of Halion, although the dragon's left side (right of the tank) is a little safer. On that side, the only danger is a tail swipe, while on the other side (right of the dragon, left of the tank) people may get hit by breath or cleave, which is more dangerous. It's still advantageous to stand on both sides to minimize confusion from Mark of Consumption.

When learning the encounter (or with small groups) it may be helpful to instruct everyone to stand on the dragon's left side, and to move to avoid the tail. While explaining the encounter this situation can be simulated with a mounted raid member posing as the dragon.

Player Deaths in the Shadow Realm

Dead characters appear in the physical realm, so it's rather difficult to battle rez them. If all characters die in the twilight realm, characters still alive in the normal realm are still in combat, but can not be attacked by Halion. To end the encounter, they either must enter the twilight realm and die, or get out of combat using some ability (like Feign Death, Vanish, Divine Intervention).

At the start of Phase 3, two portals appear in the twilight realm which lead back to the physical realm. If no tank was left behind, the tank must use that portal first.

Until the end of combat, Halion exists in both realms, and the raid must split in two. The encounter mechanics in both realms remain the same, that is Shadow Cutter in the twilight and Fireballs in the physical. When a Fireball spawns on the melee group it may force them to move out of melee range, while the constant movement required by Shadow Cutter hampers ranged DPS more than melee. For this reason melee prefer the shadow realm, while ranged do better in the physical.

The following table summarizes the stat differences depending on corporeality:

As an example, if Halion had way too much DPS on him in the Physical realm, his corporeality might be down to 20% in that realm. This means Halion takes 50% less damage and deals 30% less damage in the Physical realm. However in the Twilight realm, Halion's corporeality is 80% and he takes double damage and deals 60% more damage. The problem is the increase of damage dealt by Halion, tanks die too quickly if Corporality is too far from 50%.

If DPS in both realms is fairly balanced, the corporeality buff does the fine-tuning by itself, since in the realm where less damage is dealt, the damage taken is increased. Stopping DPS in either realm should not normally be necessary.

DPS numbers of individual players should be used when determining who goes where, rather than splitting the DPS 50/50 between both realms.

In phase 1, Fireballs cause a blast wave upon landing. Fireballs also spawns a Living Inferno and some Living Embers on 25-man. The zones that appear after a Combustion put a dot on anyone inside them that does increasing damage per stack rather than flat damage.

In phase 2, four shadow orbs circle the stage instead of two, so that players can be caught behind or in front of Halion during a Death Beam, and therefore get hit by a tail swipe, cleave, or dark breath. The zones that appear after a Consumption put a slow on anyone stood in them - the slow lasts for 2 seconds and is applied every 1 second, so it can't easily be removed except by Hand of Freedom - this will cause difficulties running from the cutter unless the zones are placed very carefully.

In all phases, the void zones from combustion/consumption appear and affect both the Twilight and Physical realms, not just one. This gives the raid less space in both realms to move around, and is mostly an issue in Phase 3. A single misplaced zone in phase 3 can very easily cause a wipe. 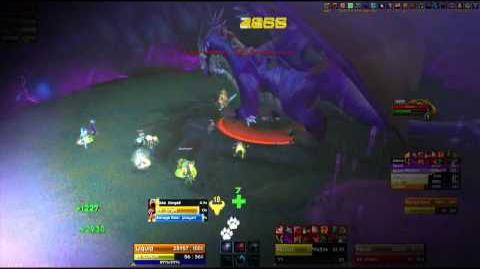 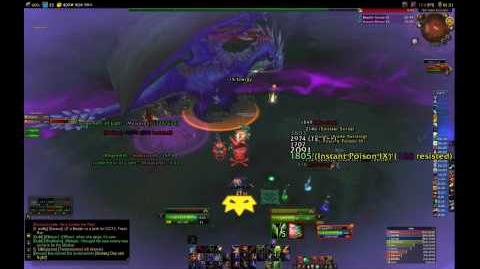 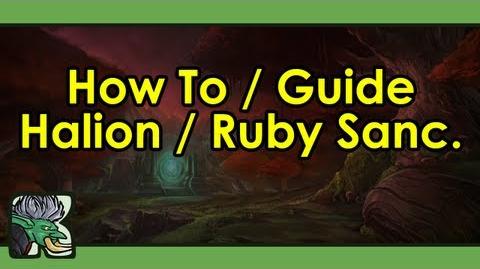 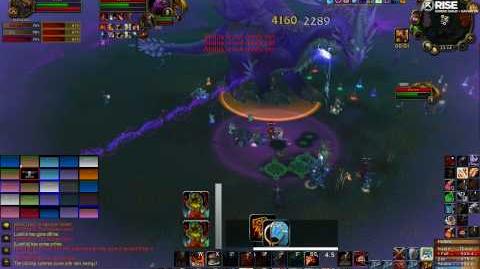 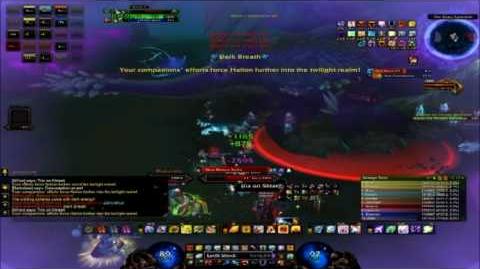 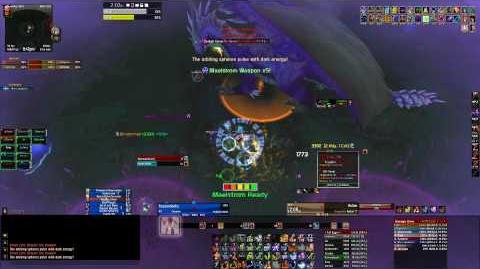 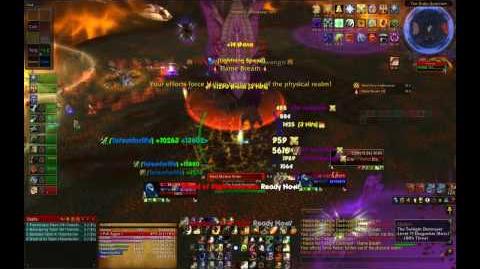 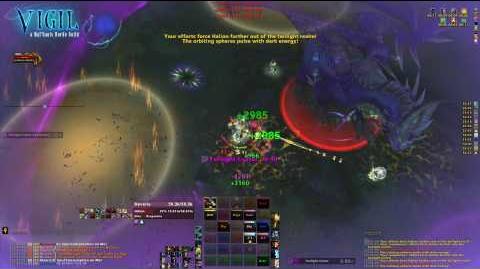 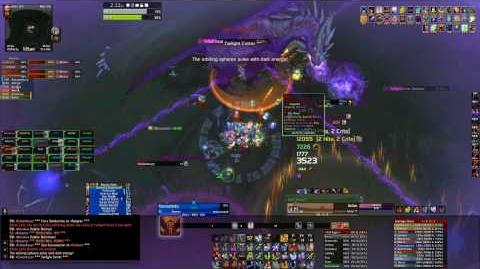