This is a list of all Ghostlands quests in table format.

Delivery to Tranquillien introduces the young Blood Elf players to this region.

Quests which require players to leave Ghostlands are denoted by a

. Mouse over the icon to see where the quests take place.

Quests which are part of a chain are denoted by

. Click the downward arrow to the right of the icon to view the chain.

In the centre of the lake, on a small island, there is the ghost of Geranis Whitemorn.

Sanctum of the Sun Edit

Just outside of Suncrown Village is a Dying Blood Elf. 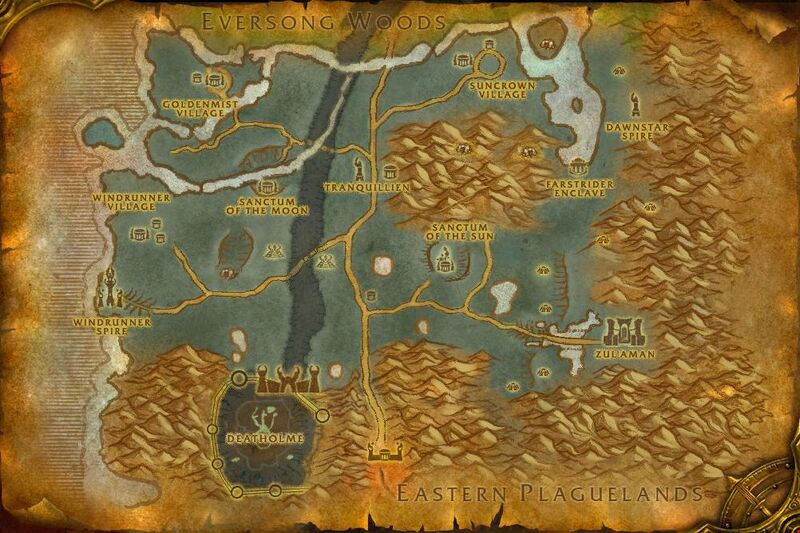 Retrieved from "https://wowwiki.fandom.com/wiki/Ghostlands_quests?oldid=2837823"
Community content is available under CC-BY-SA unless otherwise noted.