A garrison is a location/feature introduced with the World of Warcraft: Warlords of Draenor expansion. Garrisons are Blizzard's response to player housing. Players build outposts in several zones on Draenor, though their primary, personal garrison is located at Lunarfall in Shadowmoon Valley (Alliance) or Frostwall in Frostfire Ridge (Horde). followers of the base can go on missions to earn gear, gold, experience and other upgrades. Players also get limited access to professions. The facilities are customizable and include resource-gathering areas. There are also areas where players can put monuments and trophies on display.

Garrisons can be upgraded to level 3, with each Garrison level improving the fortifications and look of the garrison, as well as unlocking additional features.

Buildings are the individual “pieces” of your Garrison—Stables, Farms, Mines, Armories, and more. They improve your ability to recruit, use, and train followers; to craft; to complete missions; and to run missions more quickly by reducing your followers' downtime.

Each building in your garrison can be upgraded, which amplifies its mechanical effect and visuals. For example, an upgraded Barracks will grow bigger and more impressive, but it'll also increase the number of followers you are able to house in your garrison.

Buildings in your Garrison can be placed in a number of configurations. Where you can put your building is based on the plot size and where it is located. You can only place small-sized buildings (primarily crafting-related) on small plots; a larger building, like a Barracks, won't fit. Bigger buildings can be constructed early on—even a “starting” Garrison has room for a large structure. As your Garrison increases in level, you'll get access to more and larger building plots, and increase the versatility and power of your holdings.

The amount of plots available to a player depend upon a number of factors; Player level, quests, achievements and your general activity at the garrison all affect its physical extents.

Garrisons are visually distinct depending on whether you're a Horde or Alliance player. Players specify their Garrison's layout (the physical location of buildings within your Garrison's walls), and select the buildings you'd like to include. Choosing to “spec” your buildings (more on that below) will also change cosmetic aspects of those buildings, like furniture types and decorations, in addition to imparting different gameplay effects.

Garrisons can be shown off to same-faction players in your party, who can walk around your base, converse with your NPCs, and appraise your layout. You'll have a reason to show your Garrison off, too: trading resources. For example, if you have extra building resources, you'll be able to bring them to a friend's Garrison and exchange them for materials that you need.

As players begin building up their Garrison, they interact with it quite a bit. However, over time it is expected that interaction will become more casual. At lower levels, missions are on shorter time cycles (minutes, hours or days); once your followers have reached high levels, they can be sent off on longer raid missions. Blizzard has stated that they want garrisons to be important, but the goal is a system that's easy to enjoy without being extremely intensive.

Professions players are not trained in Edit

Several buildings can provide you with limited access to professions that your character hasn't mastered, though you won't have enough plots to put one down for every profession.

The physical extents of a player garrison grow each time it is upgraded, unlocking space for additional plots. The Town hall's size and looks are also improved for each garrison level. Individual placed buildings grow in size and look each time they are upgraded to the next level as well.

For a list of buildings which can be placed on various sizes of plots, see Garrison building

Followers are NPCs (non-player characters) that you recruit to join your Garrison. You'll send them on missions to improve your Garrison and earn loot for your character. You can also allocate them to complete tasks—things like crafting or gathering resources, which they'll do whether you're online or offline.

Followers have a character level, an item level, and traits that affect missions and tasks. For example, if they have the Mining trait, you'll be able to assign them to a Mine in your Garrison to gather resources for you. There are common, uncommon, rare, and epic followers, and their rarity affects the number of traits they can have.

To run an effective Garrison, you'll first need to recruit followers. Some will make their own way to your base, but you can also upgrade your Inn to attract more followers. You can also win followers to your cause as you progress through the game's story, when completing quests, or simply by coughing up the right sum of gold to hire mercenaries.

When they're not away on missions, your followers hold down posts at your Garrison, where you can visit them at any time. A major goal for the Garrison system is for followers to be dynamic and interesting—for example, if a follower fails a mission that takes place in a local dungeon, they might be taken prisoner; the next time you adventure in that dungeon, you'll be able to rescue them.

Followers grow in power in a way that mirrors players' progression. From levels 90–100, followers will gain character levels, which have a significant impact on their abilities and mission success chance. They'll also increase their item level as you equip them with follower-specific gear; once they've reached level 100, equipment will have a larger role to play in their overall effectiveness.

You'll send your followers on missions for varied purposes. Successful missions will give you the resources you need to keep developing your Garrison, but you'll also have the chance to acquire powerful loot for your character, and your followers will gain experience for each mission they run.

The length of mission depends on the type of mission chosen, ranging from a few hours to a week. Missions can also be run while the player is offline.

The resources you'll acquire during missions include both existing crafting reagents and Garrison-specific materials. For example, if you assign a follower to a mining mission, you could receive ore, but you might also unearth stone, a new kind of resource used to construct and upgrade buildings.

Though followers are great for solo play, the system also has multiplayer elements. When you dispatch a party of your followers on certain missions, you'll also be able to join forces with your guildmates' followers, even if your guildmate is offline.

This section contains questions and answers from the Q&A session (About Almost Everything) at BlizzCon 2013.

Fan says: For people with many alts can they have them as followers for their garrisons?
CS: We haven't thought about this, but it sounds cool! We need a solution to deal with the fact that garrisons are unique and not account wide, we need something to help you make a garrison on your alt. We're not far enough along the development stage to talk about that yet. However we could include something like their name and gear, it could be awesome.

Fan says: Will Garrisons be in the wow armoury app?
Tom Chilton (TC): No current plans, it's not ruled out though.

Fan says: How many people can be in your Garrison, are there any plans for friends to access your Garrison whilst your offline?
Tom Chilton: No mechanics for friends to be there whilst offline. No plans right now, it's a nice idea. We are planning for co operative gameplay.
Fan says: How many friends can be there?
Tom Chilton: Raids, 40 or whatever (sorry server programmers!)

Fan says: The garrisons kind of satisfy to secondary production profession, however what are the limits of that? I build a black smith shop, can he make me epic weapons?
CS: We're planning on letting you find recipes through the missions. You can send your Blacksmith on black smithing weapons. It's just a matter of trying to balance that out, we need to make sure that the Blacksmith still feels valued outside your Garrison.

Gearworks
Add a image to this gallery

Tavern
Add a image to this gallery 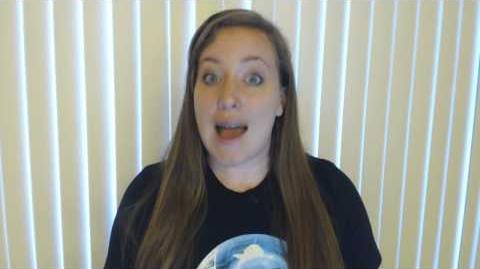 Talk Azeroth w Olivia -- Episode 19 -- All about Garrisons!
Add a image to this gallery

WoW Insider Warlords of Draenor: Everything we know about Garrisons by Robin Torres Nov 9th 2013 8:00PM
Retrieved from "https://wowwiki.fandom.com/wiki/Garrison?oldid=2837794"
Community content is available under CC-BY-SA unless otherwise noted.