This article is about the history, geography of the world of Draenor after its alteration by the

Warlords of Draenor expansion and the changed timeline. For the unaltered version before the expansion, see Draenor (lore).
For the history after the original's destruction, see Outland.

Draenor was the homeworld of the orcish race and the last refuge of the draenei.

After his defeat, Garrosh Hellscream escaped into an alternate version of Draenor before the orcish corruption and their arrival on Azeroth and altered the timeline there, in order to try to form the Iron Horde, return to Azeroth and conquer it.

Millennia ago, the fallen Titan Sargeras contacted the three leaders of the Eredar race on Argus. He promised them great power in return for their servitude. Kil'jaeden and Archimonde were tempted by his offer, but Velen, the wisest of the three, had a terrible vision of what his brothers would turn into. Despite Velen's begging them to see sense, both Kil'jaeden and Archimonde accepted the fallen Titan's offer; in his despair, Velen prayed for help. He was answered by the Naaru, who told him in time they would fight the Burning Legion, but for now they must run. Velen and the race which would later be known as Draenei escaped as their brothers transformed into unspeakably horrific demonic beings. The Draenei fled to world after world, hounded by Kil'Jaeden's unrelenting pursuit. Eventually they came across a world called Draenor. There they had peaceful relations with the shamanistic orcs. They lived in peace for awhile, until Kil'Jaeden discovered Draenor for himself.

There, Kil'Jaeden manipulated an orc named Ner'zhul to turn the orcs into savage monsters. He commanded Ner'zhul to make the orc chieftans drink the blood of the Pit Lord Mannoroth. Ner'zhul however, remembering the very dregs of whatever lingering honor he possessed, refused, and so Kil'Jaeden used his apprentice Gul'dan instead. The orc chieftans drank the demonic blood and became bloodthirsty beasts. They then charged through the Dark Portal and attacked the unsuspecting human civilian population. After years of fighting, the orcs were defeated by the newly created Alliance of Lordaeron. The Alliance then charged through the Dark Portal, to ensure that no more horrors emerged. Ner'zhul hastily tried to evacuate the remaining orcs to safety. He created a number of portals, but this only served to destabilize Draenor, and the entire planet was torn asunder, leaving only the ravaged world of Outland.

Now, the savage Garrosh Hellscream has escaped his imprisonment with the help of Kairozdormu, a fallen Bronze Dragon,[citation needed] and into a past version of Draenor, before the orcish corruption and their arrival on Azeroth. There he attempts to alter the time line and creates the Iron Horde and then returns to Azeroth to try to conquer it. 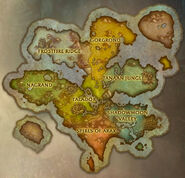 Comparison of Draenor and Outland
Add a image to this gallery 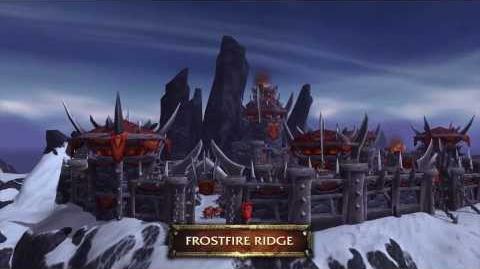 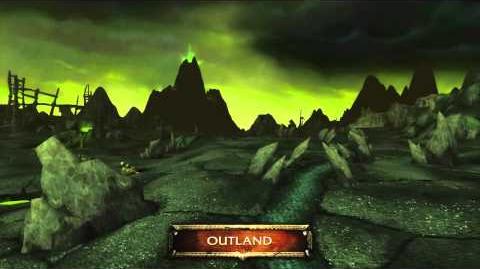 Warlords of Draenor - Draenor remade
Add a image to this gallery

Retrieved from "https://wowwiki.fandom.com/wiki/Draenor?oldid=2862488"
Community content is available under CC-BY-SA unless otherwise noted.