This article is about the playable Draenei. For a history of the race see "Draenei".

The draenei of the Exodar start in Ammen Vale[79, 47], situated on Azuremyst Isle, a landmass belonging to a cluster of islands called the Azuremyst Isles located off the northwestern coast of Kalimdor. The main base with civilization in Ammen Vale is called Azure Watch[48, 50]. Bloodmyst Isle can be found as the adjacent zone, a level 10-20 area.

Velen and the remaining draenei survivors gained control of one of Tempest Keep's satellite structures and used it to escape to Azeroth. They searched for allies in their never-ending battle against the Burning Legion, finding such allies within the Alliance.[1] (TBCMan 10)

They have no capital city; instead, they make their main dwelling on a crashed dimensional ship, the Exodar[27, 38], which is overseen by their leader, Velen. The draenei's choice of mount is the elekk, a creature similar in appearance to a war elephant. Their chosen language is Draenei, while they are also able to speak Common.

Long ago on the world of Argus, the brilliant and magically gifted eredar race drew the attention of Sargeras, the Destroyer of Worlds. Sargeras offered untold power to the three leaders of the eredar–Kil'jaeden, Archimonde, and Velen–in exchange for their unquestioning loyalty. A troubling vision soon came to Velen, who saw the eredar transformed into unspeakable demons–the first sentient members of the Legion, which would grow to immense size and decimate all life. Despite Velen's warnings, Kil'jaeden and Archimonde decided to accept Sargeras' offer. Velen despaired at his former friends' decision and prayed for help. To his surprise and relief, he was answered by one of the benevolent naaru. These energy beings had, like Velen, foreseen the formation of the Burning Legion.

The naaru offered to shepherd Velen and other believers to refuge. Velen quietly gathered those of his fellow eredar who seemed trustworthy and dubbed them the draenei, or "exiled ones." As Sargeras returned to Argus and transformed many willing eredar into demons, the draenei narrowly escaped their homeworld. Kil’jaeden, who had loved Velen like a brother, was infuriated by the draenei’s flight from Argus and their ungrateful refusal of Sargeras’ offer. In retaliation, Kil’jaeden led the Legion’s armies on a relentless pursuit of the draenei throughout the cosmos. Even as the Burning Legion chased the draenei, the naaru instructed the exiles in the way of the Light. Deeply affected, the draenei vowed to honor the Light and uphold the naaru's ideals. In time, the draenei settled on a remote world and met the shamanistic orcs who inhabited it. The draenei came to call their new home Draenor or "Exiles' Refuge."

Kil'jaeden continued his hunt, however, eventually learning of the idyllic world and its unsuspecting inhabitants. Working through the shaman Ner'zhul, the demon lord gradually began corrupting the orcs. When Ner'zhul refused to serve the Legion's agenda past a certain point, Kil'jaeden turned to Ner'zhul's apprentice. Gul'dan worked the orcs into a frenzy of bloodlust, and the newly formed Horde began slaughtering the peaceful draenei. The orcish campaign against the draenei was brutally effective. Over eighty percent of the draenei race was destroyed, though a small group of survivors remained, including the noble Velen. The orcs went on to invade Azeroth through Medivh's Dark Portal. Years later, after the Second War, Ner'zhul's additional portals would tear Draenor to pieces.[1] (TBCMan 10)

In the wake of the calamity, what remained of Draenor – known henceforth as Outland – devolved into a battleground among the Burning Legion and other factions vying for control of the ruined landscape. To escape the mounting chaos, Velen and a number of his followers commandeered the Exodar, a satellite structure of the stunning naaru dimensional fortress named Tempest Keep. Using this craft to search for new allies, the draenei left Outland and later crash-landed upon the world of Azeroth.

Inspired by heroic tales of the Alliance and its victories against the Legion, the draenei sought out and pledged their loyalty to this courageous faction. Not long afterward, Velen and his noble refugees played a key role in urging the Alliance to invade Outland and disrupt the Legion’s nefarious activities. Armed with their unshakable faith in the Light, the draenei ventured to their embattled former home as steadfast members of the Alliance and defeated their ancient demonic rivals.

The return to Outland offered many draenei a chance to reconnect with their brethren who had been left behind. While some of Velen’s race chose to rebuild their society in the shattered land, the majority of draenei remained on Azeroth, vowing to uphold their commitment to the Alliance. Recently, Velen was granted a dire vision concerning a war between the forces of light and darkness that would take place on Azeroth. Thus, the draenei and their sage leader are now bravely preparing to stand against the shadow that they believe is fast approaching.[2]

With the help of the naaru, every draenei has learned a basic spell for healing in the form of Gift of the Naaru. Everyone who has fought alongside a draenei will know that they have a Heroic Presence which allows them to strike more accurately in combat. Draenei have worked with gems for centuries in a variety of ways such as jewelry or power sources, so they have more skill in Gemcutting than any other race. The draenei are so devoted to the Holy Light and the ways of the naaru that all draenei have a slight Shadow Resistance.

Those who play as draenei can choose from the following classes:[3]

Reasons for the classes

Warrior - Despite their magical prowess and advanced civilisation on Argus, the Eredar still needed guards and warriors to keep order. The Draenei are in need of these brawny fighters more than ever, with the Horde ever gaining ground on the coast of Kalimdor.

Hunter - It has only been since the draenei's time living on Draenor that they have embraced the art of hunting. Hunting has been the primary source of the draenei's sustenance during their time on Draenor, and since their arrival on Azeroth they have continued this practice. The Rangari, a group of scouts and rangers encountered in

Warlords of Draenor are an example of those who choose to go down this path.

Mage - Back on Argus, the Eredar had an incredibly advanced culture tailored from both magic and technology. Even when the Draenei broke off from their brethren, they still kept their in-depth knowledge of the Arcane and the nature of magic.

Priest - While Draenei do technically have Priests, in their culture these holy spiritualists are referred to as "Anchorites". Draenei worship the Light - or more specifically, the Naaru - and these holy men and women are most likely revered in their society.

Paladin - Like the Anchorites, Draenei "Paladins" are not called so in their culture. Instead, they belong to an order of Naaru-worshippers known as "Vindicators" that serve as powerful holy warriors in their society.

Shaman - Shamanism and worshipping nature was once an alien tradition to the draenei, but the Broken draenei spiritual seeker Nobundo heard the voice of the element of wind, while wandering in the wilderness. Since that time Nobundo became a shaman, and under the encouragement of Velen himself, some draenei have followed in his footsteps.

Death Knight - The Lich King cares little for who he converts into his fearsome death knights, however, Arthas finds pleasure in corrupting those of pure heart and the draenei, arguably the most "pious" race, are the pinnacle of this pleasure. Furthermore, as exemplified by the corruption of Archimonde and Kil'jaeden, those draenei who do succumb to corruption prove to be powerful adversaries.

Draenei seem to have a Russian/Eastern European accent.

"Single Draenei female seeks Blacksmith with grinding wheel, to take care of me, and my gorgeous hooves."

"Why does everyone have trouble with the name of our people. It's sounds just like it is spelt."

"This planet has a tremendous supply of Sandstone. The inhabitants must be wealthy beyond their dreams!"

"Stop and ask for directions I said, but NO! It's Inter-dimensional, he says! What could go wrong?"

"Look at my hoof! Does this crack look infected to you?"

"How exactly do you crash into a Planet? That's what I want to know!"

"What do you mean 'there's an octopus on my face'?"

"We never noticed this, but in naaru language, 'Exodar' means 'defective Elekk turd'."

"I love this planet. I come here, I see cow, and chicken, and ride little horsies... THIS PLANET HAS EVERYTHING!!"

"You know, our tails add to our natural balance and agility! Ha-- (long metal crash sound)"

"We had it all figured out. Step one, we land the Exodar. Step three, we defeat Legion and go home. There is… only one detail missing…" 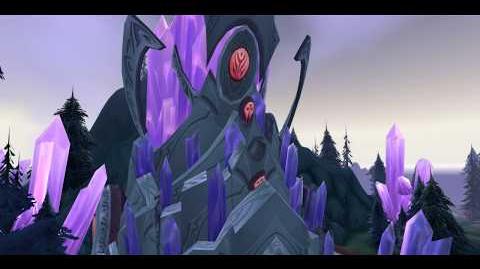 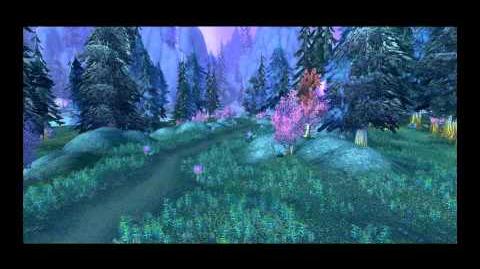 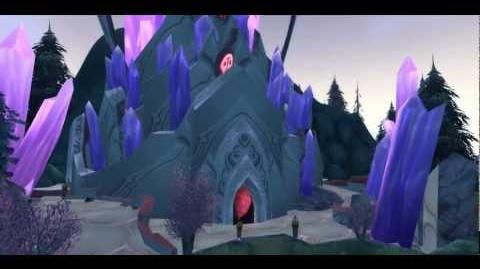 Retrieved from "https://wowwiki.fandom.com/wiki/Draenei_(playable)?oldid=2826791"
Community content is available under CC-BY-SA unless otherwise noted.