Defense Control Crystals are found on the walls in Violet Hold. When activated, they will kill most mobs in the room, with the obvious exception of bosses. As the guards leave when the instance is started, they activate a crystal to kill the remaining invaders. 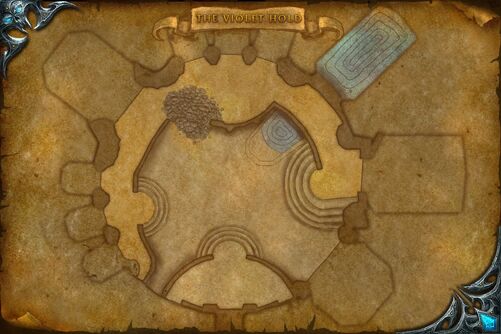 Retrieved from "https://wowwiki.fandom.com/wiki/Defense_Control_Crystal?oldid=2657813"
Community content is available under CC-BY-SA unless otherwise noted.