Culling of Stratholme (CoS) is the name of the fourth Caverns of Time wing, released in World of Warcraft: Wrath of the Lich King.

It is a 5-person, level 80 instance centered around helping Prince Arthas purge the city of Stratholme from the grain-infected populace. At the end of the instance players fight and defeat the Dreadlord Mal'Ganis.

The Culling featured Arthas in a mission to rid the city of Stratholme of its infected inhabitants before they were reanimated as zombies. The only things in his way were the dreadlord Mal'Ganis and Uther and his men...

"Old Stratholme" — as stated by Tigole at the gaming convention in Leipzig, Germany in August 2007[1] — will be set during The Culling, the sixth mission of the human campaign in Warcraft III: Reign of Chaos. Prince Arthas arrives outside of Stratholme, realizing that the people have been infected by the Plague of Undeath by the Dreadlord Mal'Ganis. Arthas orders Uther the Lightbringer to purge the town. Uther utterly refuses, so Arthas disbands the Knights of the Silver Hand. He then takes it upon himself to burn down the city and kill everyone in it, to prevent the citizens from becoming part of the Scourge. The purging of Stratholme is one of the first acts in Arthas' descent into madness and evil, setting him down the path of becoming the Lich King's greatest death knight and later the Lich King himself.

Stratholme proper
Add a image to this gallery

When the party zones in they will see what appears to be an underground dig site. Further up the stairs they will find Chromie, who asks them to use [Arcane Disruptors] to identify the crates with plagued grain so that Arthas will arrive and "purge" the city.

Once the party has found the five crates of plague grain, Arthas will arrive at the scene, together with Jaina and Uther. After reenacting the starting scene from The Culling, Arthas orders you to get inside and start purging the city.

Arthas and his group of loyal Alliance troops will stand and guard the exit gate while 10 waves of undead goes through the city. After 5 waves have been killed, Meathook will appear. After another 5 waves, Salramm the Fleshcrafter spawns. Unlike Black Morass's event, this instance's event will not reset fully if the party wipes.

After the undead threat has been dealt with in this part of Stratholme, the party along with Arthas will start running through the city to get to Mal'Ganis. But on the way there, in the town hall, the infinite dragonflight has a surprise waiting for him. In the disguise of ordinary humans, they will try to stop Arthas in his tracks and manipulate the time line. While Arthas merely believes that the infinite dragonflight is just an ally of the Scourge, he will later find the real mastermind behind the dragonflight invasion is Chrono-Lord Epoch. After dealing with him, the group moves on through a secret backdoor.

Now back in the streets of Stratholme, Arthas finds that the undead invasion has started as the streets are littered with undead ghouls, crypt fiends, abominations and necromancers. After battling through the groups of undead minions, the group arrives at the only part of Stratholme not infected and finds the boss of the instance — Mal'Ganis.

After Mal'Ganis has fled from the site, Arthas will thank the group for assisting him in purging the city, and spawns a chest with rewards.

If Arthas dies after you meet him in Market Square, he will reset to the last place you spoke with him. If he dies during the gauntlet after the rest break, best to wipe and reset.

On Heroic mode, there is an optional objective to clear the instance up to (but not including) Mal'Ganis, and defeat the Infinite Corruptor within 25 minutes called

The Culling of Time. The timer begins at the end of the introductory storyline after entering Stratholme. Chain-pulling is a complete necessity throughout the instance in order to succeed in this achievement. For mana users, there is a 60-second delay before the sixth wave of Scourge spawn (to loot Meathook) and there are short periods of delay between adds in the town hall. These will be the only opportunities for mana users to drink water during the instance, but because combat breaks often, mana users can consume Runic Mana Potions fairly consistently.

When you reach the streets behind the Town Hall, do not wait for Arthas to initiate combat or feel that you have to go at his pace. Instead, speak to Arthas to have him join you, then dictate the pace yourself by having the tank chain pulling two or three sets of elites at a time. As soon as all of the street adds are cleared and if you have sufficient time remaining, do not speak to Arthas to begin the fight with Mal'Ganis. Instead, run down the path and take the first two left turns available, to find Infinite Corruptor. Aggroing the boss is not enough to stop the timer; if the timer expires while you fight the Infinite Corruptor, it will flee from the combat.

Another achievement in heroic mode is

Zombiefest!, killing 100 Risen Zombies within one minute. Due to the layout of the instance it will be necessary to pull at least 15 zombies from the far side of the town hall in order to complete the achievement. See the Zombiefest! article for detailed tactics.

Cult of the Damned

There are two dungeon quests involving the instance. Prior to patch 3.3.0 there were daily quests for both normal and heroic modes of the instance that have since been removed.

Uther and Jaina appear with dialogue from WC3, but Arthas' lines have been re-recorded by his new voice actor.

Championing in this instance awards approximately 510 reputation (as a human).

Night Elf, Draenei, and all Horde player characters will receive the Human Illusion buff from the bronze dragonflight for this instance, as the aforementioned races were either unknown or hostile to the Eastern Kingdoms at the time of the Culling.

The inspiration for this specific piece of the storyline may come from the Advanced Dungeons and Dragons 2nd Edition Dungeon Master's Guide where, in discussing changing character alignment, a paladin coming across a disease-ridden village and burning it down to prevent the spread of the illness is presented as an example of a seriously evil (and alignment-changing) act.[2]

The sixth mission of the human campaign in Warcraft III: Reign of Chaos.

Arthas in Stratholme.
Add a image to this gallery 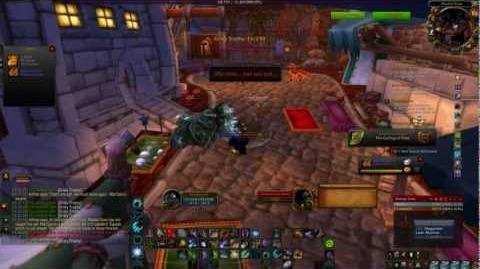 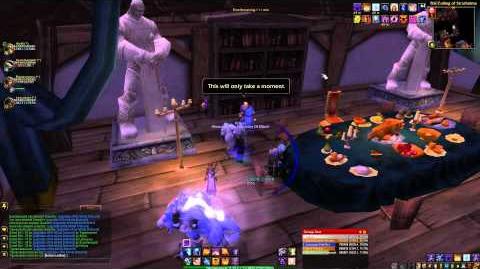 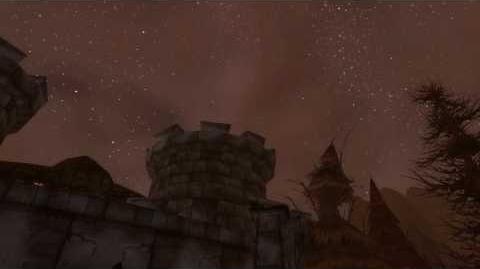 World of Strats Culling of Stratholme instance guide
Retrieved from "https://wowwiki.fandom.com/wiki/Culling_of_Stratholme?oldid=2837567"
Community content is available under CC-BY-SA unless otherwise noted.