Neptulon's Rise, Throne of the Tides

Throne of the Tides

Ulthok is an incredibly ancient being sent by his Old God masters to aid Lady Naz'jar with invading the Throne of Tides. Bristling with sinister powers, Ulthok commands legions of his fellow faceless ones in the deepest trenches surrounding Vashj'ir.[1]

Commander Ulthok is the second boss in the Throne of the Tides instance. After the defeat of Lady Naz'jar, he appears within Neptulon's Rise

He will periodically cast Dark Fissure, with a long 3 second cast time. The tank and any melee must move aside or behind the boss, because the Dark Fissure does shadow damage to anyone in front of boss. Healers need to make sure everyone stays topped off, especially him or herself, so that they don't die to Squeeze. If the tank feels confident about holding aggro, then kiting Commander Ulthok around the room will help greatly to avoid the Dark Fissure and his Enrage. Before the first Dark Fissure he will slow the tank, so the tank needs to stay mobile at all time or the Dark Fissure will possibly kill the tank.

Every time Ulthok casts a Dark Fissure, it remains on the ground and expands. The tank should begin the fight on the far side of one wall, then proceed to kite the boss around the room as the fissures grow. Attempting to tank Ulthok in the middle of the room will eventually cut everyone off from open space. Hunters and rogues can also remove his Enrage buff to make it a bit easier for the healer.

Note: As of 4.0.3 it is possible to pull Ulthok to and kite him in Lady Naz'jar's room, making this fight a bit easier. This may be fixed at some point. 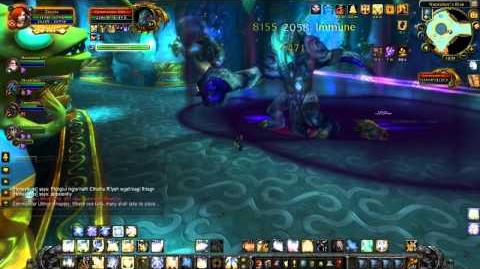 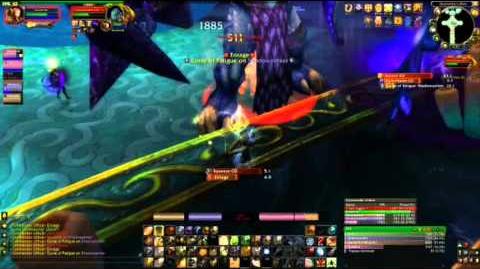