Content before World of Warcraft: Wrath of the Lich King 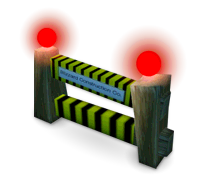 Confirmed in World of Warcraft: Wrath of the Lich King

"17/08/2007 12:22:59 UTC" is not a valid date.| Thyvene
The developers are thinking about giving the possibility to sell enchants on the Auction House; however, this won't be implemented into the game before the next expansion, Wrath of the Lich King.

"31/01/2007 11:56:26 PST" is not a valid date.| Crezax
There has been a lot of discussion on the forums lately about the utility of various trade skills and how people feel they should be working. Much of the feedback we have received points to trade skills needing a little work and some better utility for those that choose to take them up. While we can’t give you specifics on what is planned or even dates on when players can expect change, we wanted to let everyone know that all trade skills are being looked at and will be revamped over time. Engineering will be the first on the list, but all trade skills are being closely looked at and player feedback is a welcome part of that process.