For the mob see, see Brood of Nozdormu (drake).

Brood of Nozdormu is a faction consisting of the bronze dragonflight. Their leader Anachronos can be found outside the Caverns of Time, with many of its agents flying in the sky of Silithus.

In order to open the gates of Ahn'Qiraj, one champion must complete a long quest line for the bronze dragon, Anachronos. This reputation is also relevant for the 40-man Ahn'Qiraj dungeon in order to obtain epic quest gear and rings.[citation needed]

Players begin at 0/36000 hated, the lowest level of reputation possible.

Brood of Nozdormu reputation can be earned through killing bosses in both Ahn'Qiraj instances, killing monsters inside Temple of Ahn'Qiraj, and doing quests related to the dungeons. You can also farm [Silithid Carapace Fragments], though this will take a lot longer, and requires one to have obtained the head of

Broodlord Lashlayer in Blackwing Lair for The Scepter of the Shifting Sands quest chain.

Killing AQ40 trash can only get you to 2999/3000 neutral, at which point reputation can only be further advanced through quests and handing in [Qiraji Lord's Insignias] which bosses in the Temple of Ahn'Qiraj will drop and [Ancient Qiraji Artifacts]. (You may want to save all the insignias until after you are neutral, since at that point gaining reputation becomes much more difficult.)

The Scepter of the Shifting Sands quest chain

When it was available...

[The Scepter of the Shifting Sands] quest chain:

Several quests are available from items found within Ahn'Qiraj, that will provide additional Brood of Nozdormu reputation.

A 5-piece set for each class is available, requiring tokens dropped by bosses in Temple of Ahn'Qiraj and neutral to honored reputation with Brood of Nozdormu.
The quests for submitting the tokens and receiving the new armor piece each award 500 Brood of Nozdormu reputation, and are repeatable. 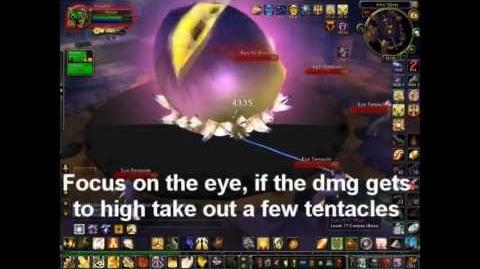 How to Duo Temple of Ahn'Qiraj (AQ40) and other info
How to get reputation in Cataclysm?
Add a image to this gallery

Retrieved from "https://wowwiki.fandom.com/wiki/Brood_of_Nozdormu?oldid=2829868"
Community content is available under CC-BY-SA unless otherwise noted.