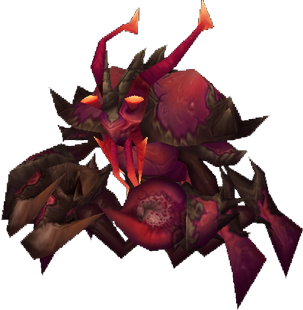 For the mob with the same name, see Bogstrok (mob).

Bogstrok are a race of humanoid lobsters found in Zangarmarsh and the Slave Pens. They are native creatures to Zangarmarsh. On the surface, the Bogstrok keep to themselves in and around Marshlight Lake attacking outsiders who venture too close to their territory. In the Slave Pens of Coilfang Reservoir are friendly with the naga suggesting some sort of alliance, or at least subjugation by the serpentine invaders.

Bogstrok are ravenous carnivores and a large specimen has the capability to devour prey at least as large as a Broken. The insubordination of the naga's Broken slaves is often punished by the feeding of offenders to these monsters.

They appear similar to the Makrura of Azeroth.

Retrieved from "https://wowwiki.fandom.com/wiki/Bogstrok?oldid=2310496"
Community content is available under CC-BY-SA unless otherwise noted.