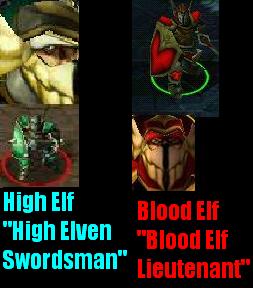 Blood Elf Lieutenants are blood elf units that are heavy melee. They appeared in the Warcraft III: The Frozen Throne human campaign to aid Kael'thas. They made their appearance as units when being rescued by Kael'thas in the Dungeons of Dalaran.

Retrieved from "https://wowwiki.fandom.com/wiki/Blood_Elf_Lieutenant?oldid=2862386"
Community content is available under CC-BY-SA unless otherwise noted.