The Dragon
The Beast
Keepers of Time Quartermaster

She is also a quest giver within the End Time instance. She can be found with Nozdormu at the Entryway of Time as soon as players enter the dungeon. Later she fills the same role within the Well of Eternity instance.

As faction vendor in the Caverns of Time. This is an incomplete list. 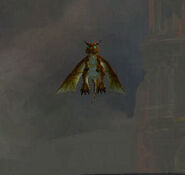 Humanoid form, next to Nozdormu.
Add a image to this gallery

Retrieved from "https://wowwiki.fandom.com/wiki/Alurmi?oldid=2856014"
Community content is available under CC-BY-SA unless otherwise noted.