Not to be confused with Abyssal Council.

Abyssals are demonic constructs similar to infernals, but made from rougher, more jagged material, and burn with a red flame instead of a green one. Certain abyssals, including Supremus who serves Illidan Stormrage in the Black Temple, glow with a blue flame as well. 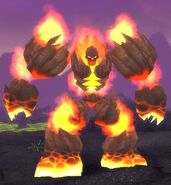 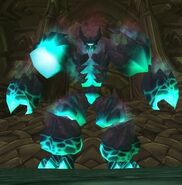 Supremus
Add a image to this gallery
Retrieved from "https://wowwiki.fandom.com/wiki/Abyssal?oldid=2860650"
Community content is available under CC-BY-SA unless otherwise noted.