As with SSC, the trash respawn timer is 2 hours.

Packs One, Three, and Four.

The first pack of 6 mobs you'll encounter is a pack of crowd controllable mobs, combined with 1-2 Vindicators. Crowd control the adds, then focus on the vindicators. These may heal, but their heals are weak enough to simply ignore. The vindicators also have a cleanse, so CCers should pay close attention to the mobs they're in charge of. Packs three and four have varying mobs and NPC types.

This pack patrols from Al'ar's room to the entrance, and should be the second pack you kill in the instance. Kill the squires first, as these heal.

Once you reach Al'ar's room you'll find 2 of these packs. Each pack patrols in roughly a half-circle, one on the left, the other on the right. Each pack consists of 2 falconers, and 5-7 hatchlings. Pull 1 pack down the hallway with a hunter using Misdirection to the tank to avoid getting knocked back into the the room and pulling the other pack. Crowd control the hatchlings as they pass. There is a glitch with LOS in the hallway so that you can not rely on LOS to get the Falconer to move down the hallway. The person with aggro (the tank that was Misdirected onto) must move far enough down the hall (a few steps into the wider section of the hallway) to get out of range of the Falconers to get them into the hallway. Kill any Hatchlings that are not crowd controlled, then focus fire on the Falconers. As much CC as possible is recommended

Secondary tactic
You pull one into a corner and have everyone stand on that spot. This reduces the chances for knockback drastically. And of course some people won't be able to this correct the first time, but make sure everyone has their back to the wall.

First is the solo pull of the Crystalcore Devastator that moves backwards and forwards along the entire length of the hall.

After this patrol is destroyed, there will be a group of two Crystalcore Sentinels. Farther down the hall are two more. On each pull, the tanks should separate the two mobs so that the AoEs do not overlap, and be careful not to drag the mob into the ranged / healer group.

There are six of these packs, with varying mobs as listed below. The first pack patrols inside Void Reaver's room, near the door. The other five packs are static, and arranged in a semicircle on the near side of the room, one in the center, two each to the left and right. The patrolling pack and the center one need to be pulled back into the hall. The remaining packs can be fought inside the room, with the raid standing up against the wall behind the pack for the pull.

The challenge of these pulls is to keep the Crystalcore Mechanics from killing the crowd-controlling Warlocks or Mage on the pull. A tactic that worked well for us was to have a hunter use Misdirection on the tank, and then use Multi-shot to get aggro on both Crystalcore Mechanics. On the first two pulls (into the hallway) the crowd-controlling players should stand just inside the door and apply crowd control as the mobs run past. The kill order should be: Crystalcore Devastator or Crystalcore Sentinels first, followed by the Crystalcore Mechanics, followed by the Tempest-Smiths. The raid should spread out as much as possible when fighting the Smiths to limit the number of players that are hit by the bombs these mobs throw. Healers will need to watch the health of the entire raid while fighting the Mechanics and Smiths, as the AoE Sawblades or Bombs can rapidly kill many players if the healing lags behind. Another tweak that may help is to have a rogue sap the Tempest Smith before the pull to eliminate the stunning bomb they throw.

AE the novices and tank the squires.

Pack Three - October 2007 we found it much easer to pull the Sentinel's 2nd, before the packs of novice and bloodwarders

Crimson Hand Centurion - Whirlwinds and shoots arcane bolts, cc works (polymorph, and put detect magic up so the Blood knight doesn't dispel the poly), spam polymorph while you're killing it.


Crimson Battle Mage - AoE spells, Frostbrand Weapon (hits for 18k, on anyone), needs to be spam feared (put Unstable Affliction up, so the Blood Knight doesn't dispel the fear), even while you're killing it.

Bloodwarder Marshal - Whirlwinds, immune to cc, tank away from the group.


Crimson Hand Inquisitor - Casts mindflay, can be disarmed/cc, has Power Infusion (needs to be dispelled/spellstolen)

When Patch 2.1.2 was released, the attunement for Tempest Keep: The Eye was removed. It is no longer necessary to carry the [The Tempest Key] to enter The Eye. However, the quests still remain in-game and can still be completed if desired. The new player title of "Champion of the Naaru" is slated to be included in patch 2.3 for those players that have completed and will complete the attunement quest chain. The title will not be available to players if they complete the quest chain above level 70, to prevent from players getting easy access to it in new expansions later on.

[70g5] The Cipher of Damnation questlines in Shadowmoon Valley. Begins with 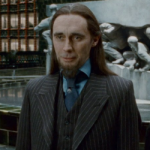